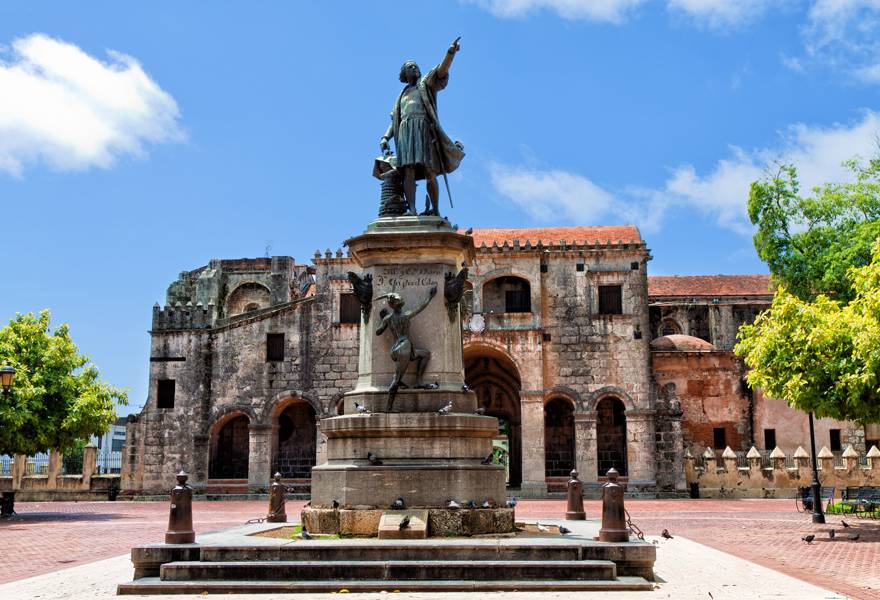 Top 6 Churches and Cathedrals to Visit in Punta Cana

Punta Cana has many secrets hidden in its territory, in addition to its warm waters and white sand. One of them are its historical monuments, clearly marked by the arrival of Christopher Columbus to the island.

In Punta Cana, you can enjoy an impressive historical and cultural tradition while the Caribbean breeze caresses your face, which makes for an incredible family holiday in Punta Cana. 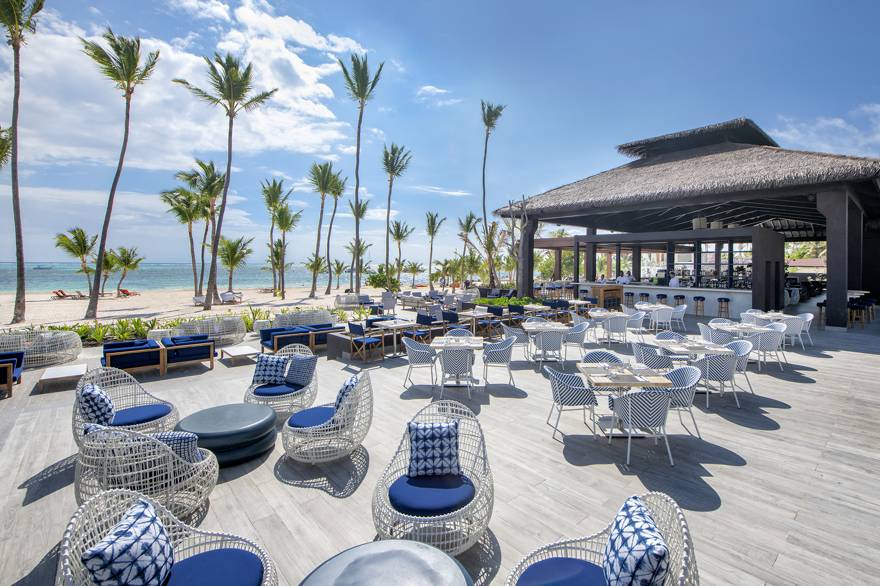 Churches and Cathedrals in Punta Cana to Visit

The Basílica Catedral Nuestra Señora de la Altagracia, also known as the Basilica of Higüey, is located in the town of Salvaleón de Higüey, in the province of Altagracia, just 40 kilometres from Playa Bávaro. The cathedral’s main feature are its elongated arches in the tower, which stand out above the urban landscape.

The building’s main arch rises up to the sky with a length of 70 metres, making it a unique and impressive building to visit during your stay in Punta Cana. Under the arch, the church’s 45 bronze bells are found; and at sunset, the sun’s rays are reflected in the windows of the façade, forming a colourful image.

Inside the basilica, the concrete that supports the building is structured in the form of arches, rising up over the benches that are found under the image of the Virgin of La Altagracia, who is honoured by an orange tree.

The cathedral, one of the most important religious buildings in the Dominican Republic, welcomes thousands of pilgrims every year who come to make their offerings, leaving a bull in front of the building. This pilgrimage lasts for 5 days and begins on August 10th.

Near the church of Nuestra Señora de la Altagracia is the Museum of Altagracia, whose collection consists of paintings and jewellery that have been donated by churchgoers.

The Dominican Republic stands out with its crystal clear waters, but also its colonial cities and old towns, such as Santo Domingo, one of the best known in all of America. Inside the old town of Santo Domingo (in this article, find out: what to see and do in Santo Domingo), known as the Colonial City, the highlight is the Cathedral of Santo Domingo.

Also known as the Basilica Cathedral of Santa María la Menor, it was consecrated in 1504, with its construction beginning in 1512 and ending in 1540. It is located just a few metres away from Parque de Colón, one of the historical squares in the Colonial City of Santo Domingo. In ancient times, it was located inside of a defensive wall, which no longer exists. It is one of the religious buildings that is most highly valued by tourists in the Dominican Republic, with it also being one of the symbols of Santo Domingo and America in general, as it is the oldest cathedral and the only one built in a Gothic style.

From Playa Bávaro, it is approximately 200 kilometres away, a road trip that takes two and a half hours to complete. It is worth going to Santo Domingo from Punta Cana. 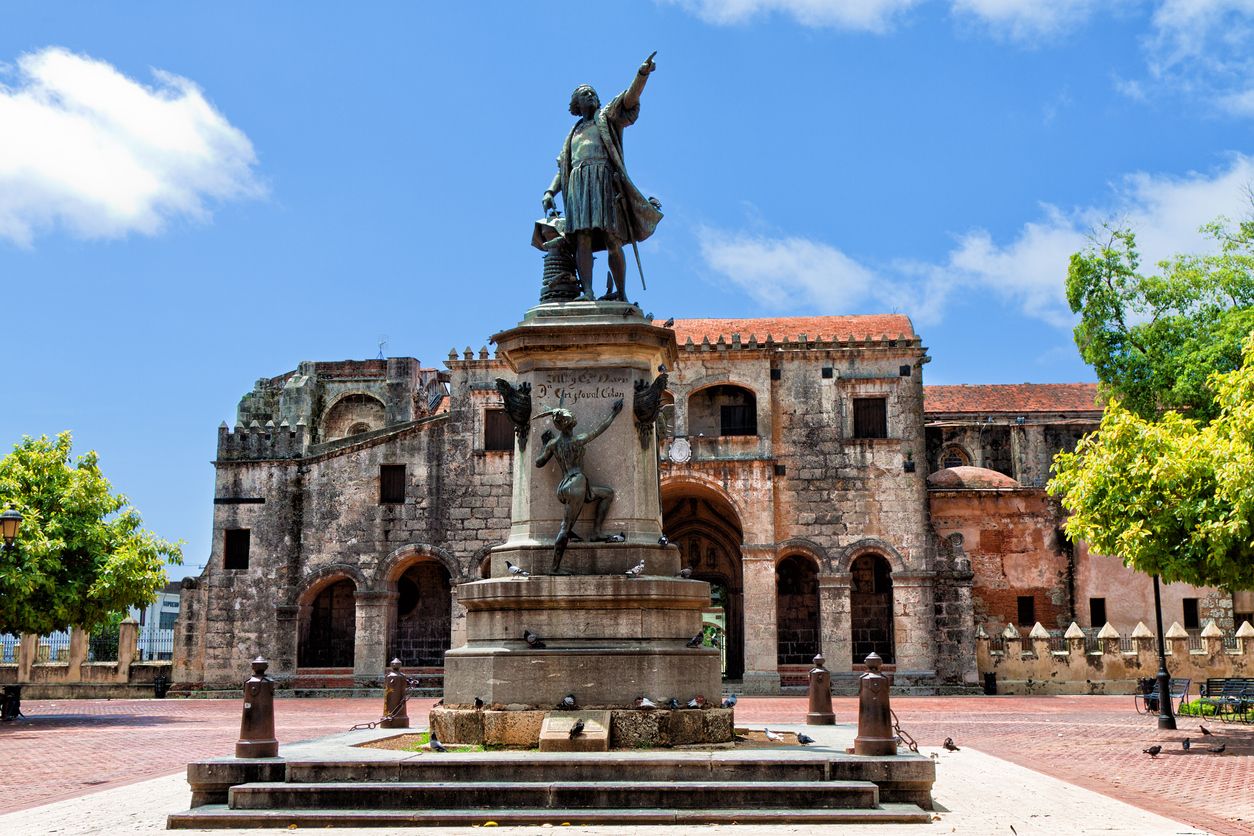 Located in the capital of the Dominican Republic, Santo Domingo, across from the Dávila House on Las Damas street, this is a chapel that originally belonged to the Dávila family, and whose main function was to gather wealthy Spanish families who prayed together. It was built in the 16th century in a Mudéjar style and, although it was initially known as the “Chapel of the Dávila”, it was renamed the “Chapel of the Remedios” due to the Virgin of Los Remedios, whose image presides over its altar.

Los Remedios chapel is part of the colonial history of Santo Domingo, to the point of having been declared a UNESCO World Heritage Site, along with the entire Colonial City.

All of these are valid reasons for why this chapel should be a part of your itinerary when you visit Santo Domingo, with its beautiful facades and interiors, which served as a burial site for important figures at that time. The facade is formed by a lowered double arch and displays the coat of arms of the Dávila family, in addition to a double bell tower crowned by a cross. Inside, it consists of a half-barrel vault with arches made of bricks.

The chapel is in a Gothic style and consists mainly of reddish-coloured bricks, the most commonly used material in the 16th century.

The Immaculate Conception Cathedral is a basilica located in the centre of the city of La Vega, 325 kilometres from Playa Bávaro, whose construction took 15 years to complete, since it was started in 1977 and didn’t finish until 1992. The current cathedral was built on another ancient cathedral, founded in 1900 and demolished in 1974. The church is characterised by its semi-elliptical and asymmetric columns; and by its 12 doors, stained glass windows and normal glass windows, which make reference to the twelve apostles.

The current cathedral has preserved the bells from the old cathedral, and its main characteristic is the figure of Jesus Christ who is represented as if he had already been resurrected and not dead on the cross.

The St. James the Apostle Cathedral is located in the city of Santiago de los Caballeros, 365 kilometres from Playa Bávaro, and is also known as the Santiago de los Caballeros Cathedral, due to the name of the city in which it is located. It is one of the most imposing cathedrals in all of the Dominican Republic, as a result of its shape with three naves and its lavish dome.

It was built in 1894 and consecrated in 1895, and is most famous for containing the remains of important generals and the Dominican President, Ulises Heureaux, in addition to having one of the two copies in the world of “The Pietà” by Michelangelo, and a painting by Italian artist Hugo Nardo, named the “Four Apostles”.

The current basilica was built in the same place where another church was located, which was destroyed in an earthquake. During the 19th and 20th centuries, the basilica found itself in difficult situations, which led to the church having to be restored several times, due to the fighting in the Restoration War.

The style of the cathedral is characterised by its Roman attributes, with neo-Gothic details and neo-Classical features, being a symbol of survival against the limitations and adversities faced by the inhabitants of Santiago de los Caballeros. In addition, unlike other religious buildings, inside there are parts of the temple where bare brick can be seen, a rarity for which no explanations have yet to be found.

In the city of San Felipe de Puerto Plata, located in the north of the Dominican Republic, is the St. Philip the Apostle Cathedral, or Puerto Plata Cathedral. It was founded back in 1502, but due to a fire caused by the Restoration War in 1863, it was completely destroyed and wasn’t restored until 1956, with the last remodelling taking place in 2008.

This cathedral is also of high religious value for the people form the Dominican Republic, as it is one of the most important pilgrimage sites in the country.

These are just some of the monuments tucked away in the historic Dominican culture, whose borders contain an impressive wealth of culture resulting from its Spanish and African ancestry. With all of these sites to choose from, you can easily prepare a family trip to Punta Cana where you’ll be able to combine a tropical paradise and its warm waters with a strong cultural tradition.

Attractions to Visit as a Family in Punta Cana
The image that inevitably comes to mind when you think of Punta Cana is its kilometres of white sand...
Snorkelling at Playa Bávaro, the Best Activity for your Family
Going snorkelling is one of the most rewarding experiences for those who visit Bávaro as a family. T...
Basic Guide for Your Family Holiday in Punta Cana
Punta Cana is an exceptional destination for those looking to enjoy their family holidays in a locat... 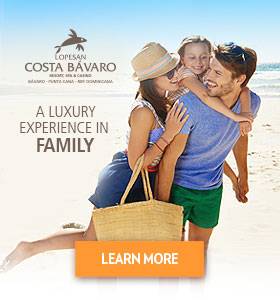