25 Mar When is the best time to travel to Punta Cana?

When is the best time to travel to Punta Cana?

In recent times, the Caribbean has been characterised as one of the most frequently chosen destinations by tourists from around the world, thanks to the combination of different cultures and paradisiacal beaches on which you can enjoy endless days of sunshine.

Punta Cana is characterised by its wonderful warm waters and white sandy beaches, spanning more than 50 kilometres across the entire eastern side of the Dominican Republic, where you can participate in numerous water activities and enjoy the waves of the Caribbean Sea or the incredible coral reefs that surround the Dominican coast. 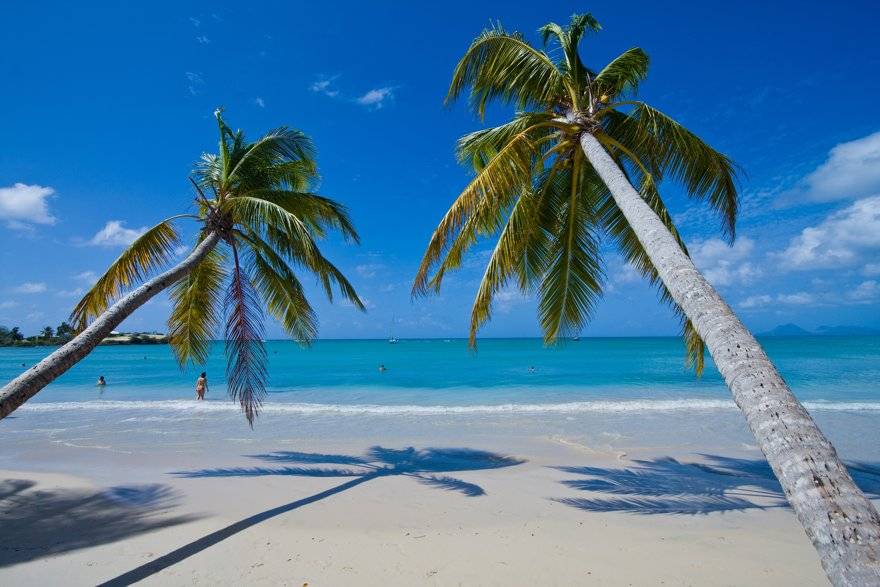 If Punta Cana is your next destination, you’re probably already dreaming every night of feeling the sun on your skin and listening to the gentle waves of its beaches. In order to keep this idyllic holiday dream alive, it’s important that you take a few things into consideration when it comes to the season and climate that could condition your visit to Punta Cana.

In this article, we’re going to break down which factors may come into play during your holiday in the Dominican Republic in terms of weather, seasons, etc.

In Punta Cana, you can find three seasons. The high season runs from October to March, the low season lasts from April to September and, finally, the shoulder season spans the months from October to February.

The climate in Punta Cana

Warm, mild temperatures throughout the year

Climate is one of the most relevant factors when travelling to tropical destinations. The weather in Punta Cana is warm and very mild during any month. The average annual temperatures range from 27 to 31ºC, ideal for sunbathing and enjoying a relaxing swim in the calm and crystal clear waters. In winter, it can go down to 23-25ºC, reaching a minimum of 21ºC, which isn’t such a drastic contrast. 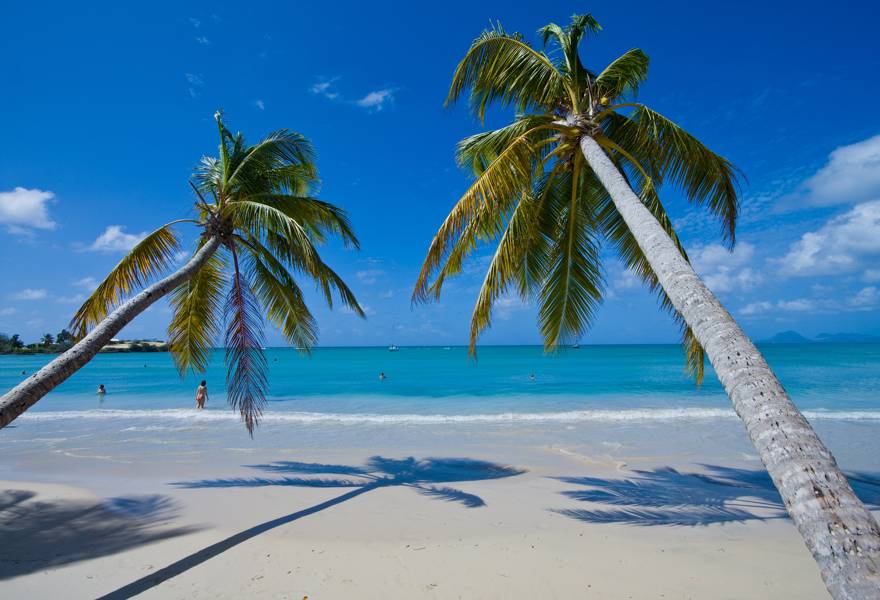 Looking at the calendar, we can say that between the months of June and September, the weather is hotter, while in January and February it’s the coldest. From October to February, the sensation of humidity is reduced and the nights are warmer, an important aspect to take into account when deciding which clothes to take to Punta Cana.

On average, the sun is shining between 6 to 8 hours a day throughout the year, however, the months with the most sunlight are February, March and April, where, in parallel, 6 to 7 days of rain per month are expected.Thanks to the stable temperatures throughout the year, the sea water is warm 365 days a year, meaning you can swim regardless of the month you’re travelling in. Thus, the average water temperatures range from 26 to 28 degrees Celcius, so you can enjoy a beach vacation along the 32 kilometres of beaches in any of the 12 months. 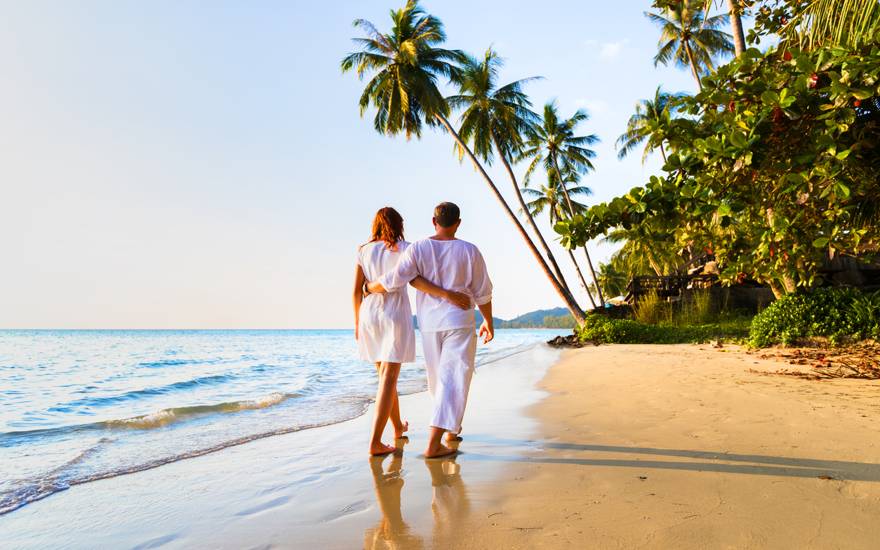 When is the rainy season in Punta Cana?

Between May and August is the season with the highest probability of rainfall in Punta Cana, while in November and December it decreases. However, the possibility of small tropical storms will always be there, regardless of the date of your trip. These storms are usually short and intense, immediately giving way to sunshine.

While there is a very low probability of hurricanes in Punta Cana, they can form throughout the year. This timelessness is the result of a tropical climate, and although it is important to take certain precautions, the low probabilities mean it’s not a factor to consider when choosing which time of year to visit Punta Cana.

It is very rare for hurricanes or tropical storms that form in other parts of the Caribbean to reach the island. Storms are much more frequent than hurricanes, although they tend to unleash their fury for only 5 or 10 minutes, after which they give way to the characteristic calm weather and sunshine of the tropical paradise that is the Dominican Republic.

When is low season in Punta Cana?

In Punta Cana, we can distinguish between three seasons, according to tourist demand. The season with the most travellers is from January to March. From April to September, the number of tourists decreases slightly, and October to December is the period with the least influx of travellers.

Any time of year is ideal for travelling to Punta Cana. Both the warm, mild climate and the seasonality are factors that shouldn’t influence your decision of when you travel to Punta Cana, enjoying the luxury resorts just a few minutes from the paradisiacal beaches of the Caribbean Sea.

Gastronomy according to the time of year

Having a tropical climate means that Punta Cana enjoys warm temperatures and endless hours of sunshine throughout the year. This fact has a direct impact on the country’s culinary tradition, which remains stable throughout the 12 months of the year, based mainly on the fish and shellfish that are caught on the island’s coast. 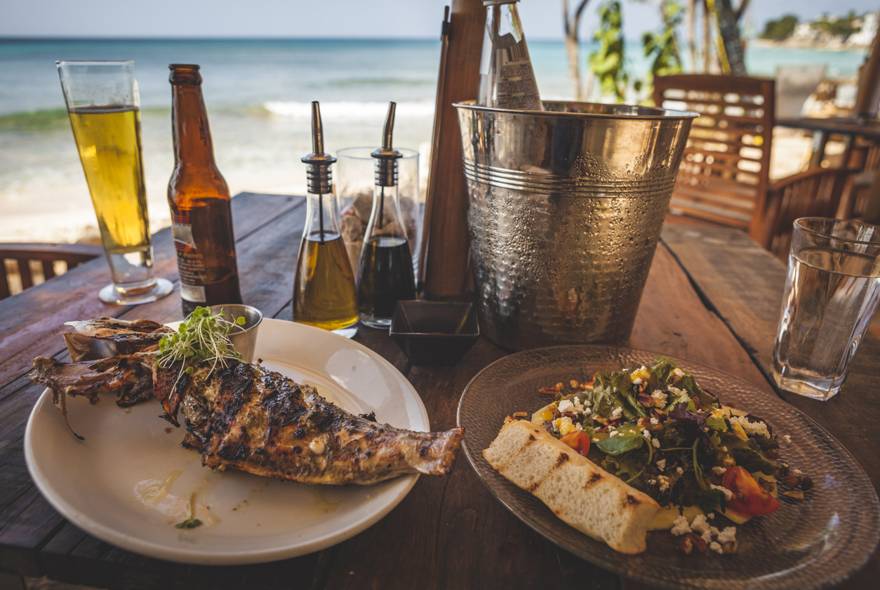 When is the best time to travel to Punta Cana for honeymoon?

If you’re thinking of choosing Punta Cana as the destination for your honeymoon, you may be wondering which is the best time of year for travelling to the Caribbean country. Along with the details of your wedding, choosing your honeymoon destination is essential and requires absolute perfection at all times.

In this regard, the island’s tropical climate will allow you total flexibility when choosing the time of year. In each of the 12 months, there are optimal conditions for enjoying all kinds of activities in Punta Cana: swimming in the Caribbean Sea, snorkelling, diving, hiking… and numerous other activities.

The best time to travel to Punta Cana

The best months of the year for travelling to Punta Cana are between December and April. During this period, the probability of rainfall is lower, and the temperatures are warm enough to enjoy a perfect holiday on the shores of the Caribbean Sea. During this time of year, there are close to 8 hours of sunshine and the humidity in the dry season is around 78%.

For all of the above reasons, you could say that travelling to Punta Cana at any time of year is synonymous with a perfectly enjoyable holiday, although travelling between the months of December and April will allow you to have even more hours of sunshine and less chance of tropical rains.

Playa Bávaro or Punta Cana – what’s the difference?
Punta Cana is a destination that never goes out of style. It has some of the most highly sought afte...
Reasons to Choose the Caribbean as Your Honeymoon Destination
The countries bathed by the waters of the Caribbean Sea have a very rich cultural heritage, characte...
Salto Alto in Bayaguana, a Must-See
In addition to its long beaches and crystal clear waters, the Dominican Republic is also known f...